A page that links to the NAHA Currents article by Dale Hovland that "uncodes" Gothic script. 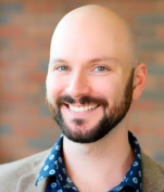 Reading 19th-century newspapers is not an easy task to begin with. Translating 19th-century newspapers written in a now-obscure Norwegian dialect, using a font that only a medieval monk could love, is downright maddening. In the Dano-Norwegian Gothic script favored by the founders of Augsburg Seminary and their contemporaries in what became the Lutheran Free Church, k's look like t's, s's look like f's, and capital Q's and G's and R's look like they belong in a circus of crazy alphabets. And don't get us started on the three "extra" letters — "extra" to English-speakers, that is, although familiar to modern Norwegians.

Fortunately, the good people at the Norwegian-American Historical Association, whose marvelous archives shares library space with St. Olaf College, have a lot of practice helping people with these issues. Genealogist Dale Hovland, a longtime NAHA volunteer, came up with an elegant translation tool that was published in the Fall 2016 edition of Currents, the NAHA newsletter. It is reproduced below. You can download NAHA's PDF by clicking on the text — and view the issue in its entirety on the NAHA Web site, https://www.naha.stolaf.edu/about/newsletter.htm.

If you have a reading knowledge of modern Norwegian or Danish and want practice with this historic font, take a look at the Folkebladet newspaper in Augsburg's digital archives: https://archives.augsburg.edu/folkebladet-decade. This is the official organ of the Lutheran Free Church, published from 1877 to 1952, whose founding editors both served as presidents of what was then Augsburg Seminary. Sven Oftedal and Georg Sverdrup were opinionated and prolific, and they spoke to a wide audience back in the day. See if they speak to you! 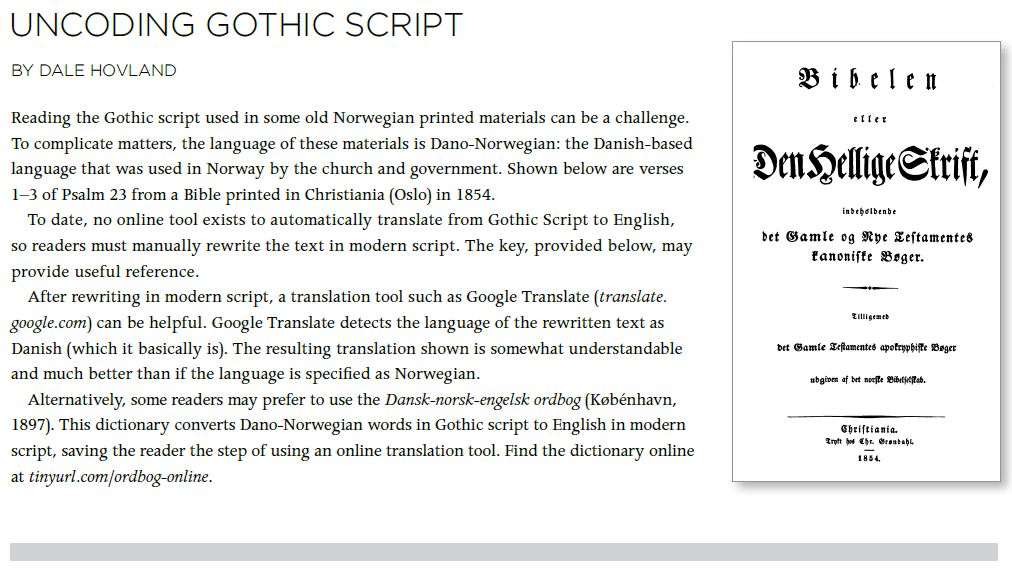