Get to Augsburg by Public Transit

How you too can become an Auggie Transit Ninja Master! 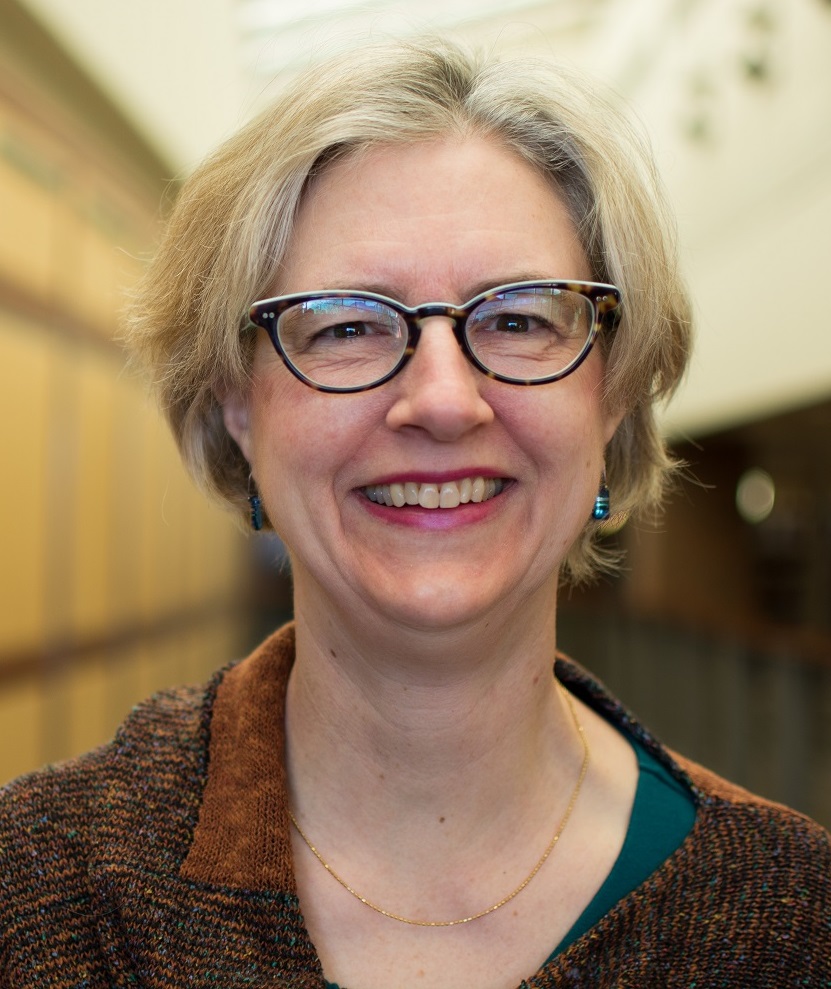 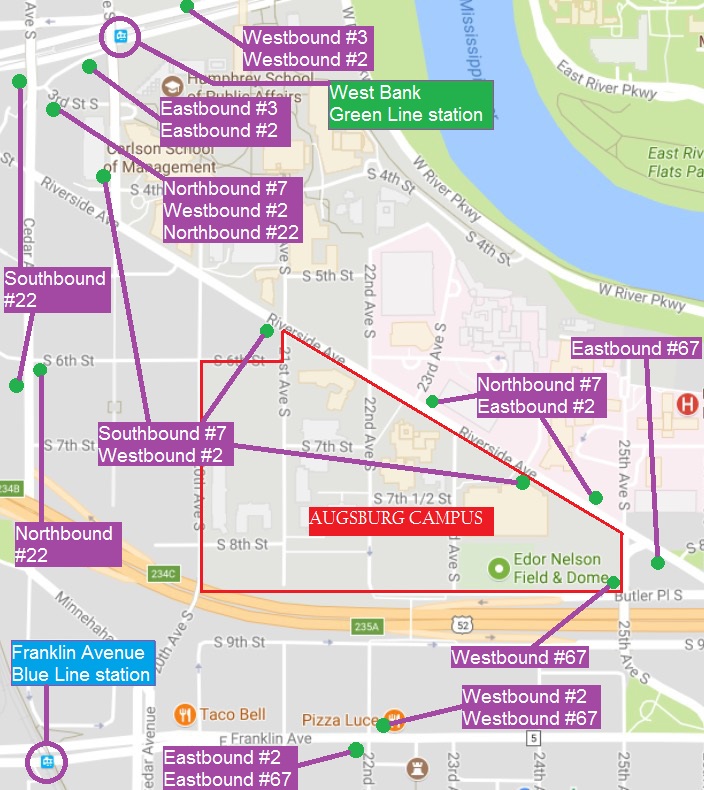 Metro Transit's Blue Line train, which opened in 2004, runs from the Mall of America in the south (the suburb of Bloomington) to the Minnesota Twins' Target Field in downtown Minneapolis. Both north and south trains stop at the Franklin Avenue station, a 10-minute walk from Augsburg's campus.

During rush hour, there is usually no more than 10 minutes between trains. It takes about 30 minutes to get from the Mall of America to the Franklin Avenue station, and about 15 minutes to get there from downtown Minneapolis.

Get off the Blue Line train at the Franklin Avenue station. Here you have a choice: a 10-minute walk to campus, or a (likely longer) transfer to a number 2 bus that will take you right to Augsburg's north border.

Walk south on 20th Avenue South, cross the bridge over Hwy. 94, and go another block south on Cedar Avenue. At Franklin Avenue, turn right and go one block west to the Franklin Avenue Blue Line station. Walk up the stairs or take the elevator to the train platform. Southbound trains (to the airport and the Mall of America) are on the west side of the platform; northbound trains (to downtown Minneapolis) on the east side.

Coming from South Minneapolis: The #22

Metro Transit's bus number 22 goes from Brooklyn Center in the north to the Veteran's Administration Medical Center (near the airport) in the south. It runs down Cedar Avenue, a five-minute walk from the west side of Augsburg's campus.

From north Minneapolis, the number 22 runs down Lyndale Avenue North and comes into downtown Minneapolis on 7th Street. During rush hour, it takes about 45 minutes to get from the Brooklyn Center Transit Center to the West Bank.

From south Minneapolis, the number 22 stair-steps through the Nokomis, Powderhorn, and Phillips neighborhoods. Its longest north-south stretch (2.5 miles) is on 28th Avenue South, east of Lake Nokomis. It intersects with the Blue Line train at the 38th Street station. During rush hour, buses run 10 to 15 minutes apart.